SL1200 Turntable by Technics for Rent

Originally released as a high-fidelity consumer record player, the Technics 1200 quickly became adopted among radio and club disc-jockeys, thanks to the direct drive high-torque motor design, making it, initially, suitable for pushbutton cueing and starting of tracks on radio.  Latterly, when the use of slip-mats for cueing and beat-mixing (and scratching) became popular, the quartz-controlled high-torque motor system enabled records to be mixed with consistency and accuracy.

All specifications are subject to change without notice.

SUGGESTION: View Close Use the SL1200 Turntable by Technics with DJM-900SRT DJ Mixer 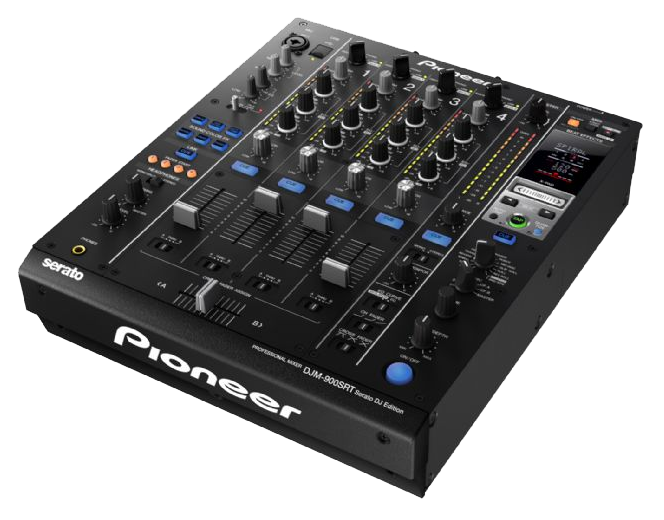 The DJM-900SRT is a professional multi-functional mixer that can accommodate various types of DJs including both traditional and Serato DJ software users, ideal for a single-DJ set-up in a venue.  Additionally, Pioneer’s recently announced DDJ-SP1 sub-controller is a perfect companion to the DJM-900SRT to offer Serato DJ users with additional audio samples and effects for enhanced performances.

Designed especially for use with Serato® DJ software, the new mixer eliminates the need for an outboard sound card when used in conjunction with multiple players or turntables.  In addition to compatibility with the software, the mixer inherits the same features offered by Pioneer’s highly acclaimed and industry standard DJM-900nexus mixer including onboard effects and high-performance components for intuitive operability and excellent sound quality.

The DJM-900SRT is built with the same high-quality input and output circuits as Pioneer’s flagship DJM-2000nexus to achieve the most accurate audio reproduction from connected sources.  The 32-bit digital-to-analog converter supports all outputs of the mixer, including the master audio outputs and booth outputs as well as headphones.  Additionally, the built-in high performance 32-bit digital signal processor (DSP) suppresses digital and analog circuit noise by way of high quality balanced hybrid operation amps and full balanced output circuits.


Some Other Items in Category: DJ Equipment